President Obama’s second term will mean more wars, cutbacks at home and attacks on our civil liberties. Obama has expanded U.S. military intervention in the Middle East – with the ongoing war and occupation of Afghanistan, merciless drone attacks killing thousands in Pakistan and Yemen, aggression against Syria and war threats against Iran. U.S. Special Forces and U.S. military advisors have a growing presence from Mexico to Africa, and worryingly there is a ‘pivot’ towards Asia that aims to bolster U.S. military power there.

At home cutbacks and austerity measures will be imposed at all levels of government, with job losses. We will need to defend unemployment insurance benefits, Social Security and Medicare in the coming months, since cooperation between Democrats and Republicans means working people will lose out.

We should expect and be prepared to resist more attacks on our civil liberties in the period ahead.

Leading up to the 2012 election, we focused our efforts on organizing the March on the Republican National Convention in Tampa, Florida on Aug. 27, 2012. Despite a threatened hurricane, we rallied and marched in the streets with a people’s agenda, demanding “Good jobs, healthcare, affordable education, equality and peace!” A week later we joined the March on Wall Street of the South, necessarily with the same agenda, outside the Democratic Convention.

The reelection of President Barack Obama is an echo of 2008 when John McCain was defeated. This time, with a lower turnout, the popular vote was closer, with Obama leading Romney 50.6% to 47.9%. The 2012 Electoral College vote narrowed too. Much of the pro-Obama enthusiasm of 2008 was absent as people turned away from the idea that elections deliver the change we need. Of the people who voted, most who opposed Romney wanted to lessen attacks on working and oppressed people, especially with the ongoing economic difficulties. With more than $2 billion spent, many are worn down by the time Election Day arrives. People understand too well that it is billionaires and multi-millionaires, along with their corporations and political action committees, who frame the process and select the candidates. Money is the big decider.

In the run up to the elections, many people feared Romney and voted against a Republican Party promoting wealthy business elites, blunt racism and national oppression, and anti-gay and anti-woman bigotry. Many activists and organizers of the people’s struggles take joy in the Republican dismay of Romney’s defeat.

The defeat of Republican Mitt Romney provides a better political terrain for progressive forces to fight on. With Romney defeated, the terms of debate are less likely to be framed by the outrageously racist, anti-women, anti-worker and anti-communist Tea Party types.

In addition to the defeat of Romney, the third of a million-plus votes cast for candidates independent of big business and the defeat of reactionary constitutional amendments in statewide races must be noted. So should the victories that paved the way for gay marriage. Voters in Minnesota defeated a constitutional amendment banning same sex manages. Voters in three other states legalized marriage equality.

Before the elections, we said, “Hope is in the people’s struggles, change is in the streets.” This is the main lesson of the first term of Barack Obama. We don’t believe that real change comes through the ballot box. We know change comes through the dedicated work of building and leading social movements with a goal of making revolution. We organize for reforms, knowing one day we will fight for revolution. While the U.S. empire is being challenged by an array of forces abroad, wanting freedom and self-determination, we are organizing people to march in the streets at home and demand the fruits of their labor. We demand a better world right here, right now!

The road to victory, organize movements

The immigrant rights movement benefited by targeting President Obama and placing demands on him. It will need to do so again very soon. The other movements would be wise to take note. It is clear we are in a period of rising protest movements and people more and more want to fight back! The U.S. government response is to unleash the FBI and other repressive forces to clear people from public parks, tie them down with false but dangerous terrorism charges and to stymie organizing for social change.

We predict the second term for President Obama will see a further radicalization of people’s politics. We plan to be part of that and of the leadership of the groups and movements that will win victories for the people in the next four years. Come join us and work together to make a difference! 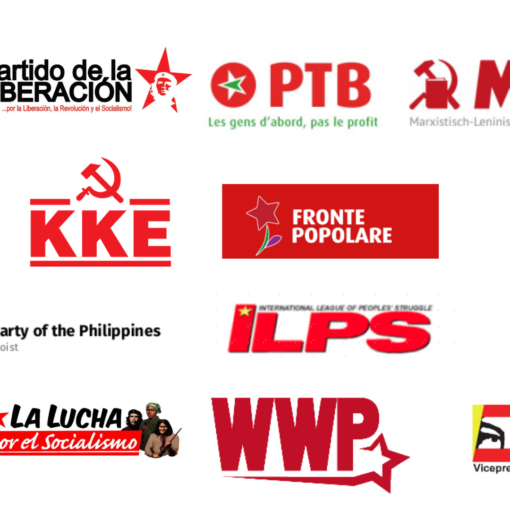