On the occasion of the death of comrade Schafik Hándal, the Freedom Road Socialist Organization offers our condolences to the leaders and members of the FMLN, and to the people of El Salvador for this profound loss of such an important historic figure. Schafik Hándal led a life of unwavering commitment to liberation of the people of El Salvador. His self-sacrifice in the service of the oppressed and exploited will inspire us all.

While he spent his entire life as a leader in the revolutionary movement in El Salvador, Schafik was also an internationalist, always supporting progressive movements around the world and opposing imperialism right up through his principled and strong opposition to El Salvador’s participation in the U.S. war against the Iraqi people.

Schafik Hándal gave the whole of his life to the struggle. He joined the fight against military dictatorship as a student, joined the Communist Party, and went on to lead the Communist Party and the FMLN through the many twists and turns and many dark years of vicious repression and civil war that the revolutionary movement in El Salvador has faced. His example inspired many revolutionaries and progressives here in the United States.

Members of our organization have worked for many years in support of the revolutionary movement in El Salvador, and the example of Schafik Hándal’s life and work inspires us to continue to support the revolutionary movement there. And his example of serving the people, with courage and determination serves as a call for those of us in the U.S. to fight monopoly capitalism and to struggle for a socialist future here. 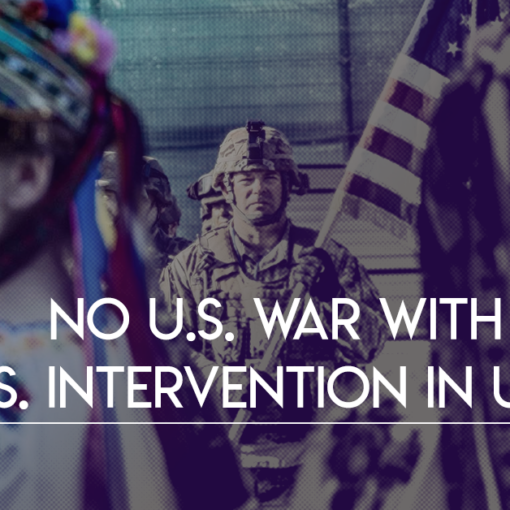 Freedom Road Socialist Organization (FRSO) is opposed to the Biden administration’s war preparations against Russia and U.S. intervention in the Ukraine. We […]