Protests in Chicago have been occurring for weeks in reaction to a mass cover-up by the Chicago Police Department, Mayor Rahm Emanuel and Cook County State Attorney Anita Alvarez. LaQuan McDonald was a 17-year-old African American teen who was murdered – shot to death by Chicago police officer Jason Van Dyke in October 2014. Shortly after the murder, killer cop Van Dyke and the Chicago police tried to claim that McDonald had threatened the officer’s life. However, recently released police cruiser dashcam footage showed McDonald walking away from police officers as Van Dyke fired 16 bullets into his body. Many of those shots occurring as McDonald lay dying on the ground.

This video footage has sparked a national outrage directed rightfully at the crooked Chicago police department and corrupt Mayor Rahm Emanuel, who knew about this police crime and subsequent coverup for well over a year since the killing. In fact, the only reason State Attorney Anita Alvarez released the dashcam footage was due to a court order by a local judge. Had it not been for that court decision and dashcam video, killer cop Jason Van Dyke may never have been arrested and charged with first-degree murder. Since then, Chicago Police Superintendent Garry McCarthy has resigned due to massive protests by the people of Chicago.

The history of Chicago police department is filled with rampant racism, police crimes and corruption. Since 2007, there have been over 400 police shootings with $500 million paid out for settlements and litigation because of victims of Chicago police crimes since 2004. We can’t forget that in 1968 after Dr. Martin Luther King Jr. was assassinated, Black residents rebelled, and Chicago Mayor Richard Daley ordering police to shoot Black protesters. Fred Hampton, the chair of the Illinois Black Panther Party, was assassinated in 1969 by the Chicago police department as he slept in the bed with his pregnant fiancée. This was followed by a police cover-up .

The past few years it was uncovered that from 1970s to the early 1990s, Chicago police department detective Jon Burge was a leader in an illegal police operation which oversaw around 200 Black men in police custodybeing tortured and beaten into giving false confessions for crimes they didn’t commit. It even came to the public’s attention recently that the Chicago Police Department ran a torture site called Holman Square, where citizens were ‘disappeared’ for hours and even days and beaten into confessions. Most of the victims tortured where African American.

Protesters in Chicago have been demanding justice for the victims of police crimes, and demanding police officers be held accountable, such as killer cop Dante Servin, who murdered 22-year-old African American Rekia Boyd on March 21, 2012. Servin was cleared of all charges after Boyd’s murder and is still employed by the Chicago police department. It is no wonder that the Chicago police continue in their murderous ways. The day after Christmas, two more African Americans – Bettie Jones and Quintonia Legrier – were shot and killed by the police.

We salute the protesters in Chicago, especially the Black youth who are hitting the streets daily to demand justice and liberation for the Black community. Protests have called for Mayor Rahm Emanuel and State Attorney Anita Alvarez to resign after their involvement in the massive cover-up and delaying of justice in the murder of McDonald.

Chicago is a very important city to the Black liberation movement. In the 1930s, the majority Black workers of the meatpacking industry organized into the United Meatpacking Workers. In the 1960s, Dr. Martin Luther King, Jr. and others fought to desegregate housing. King chose Chicago to launch a new civil rights movement in the North after the Student Nonviolenct Coordinating Committee organized a public school boycott that saw 250,000 students and their families stay away form the public schools twice in the 1963 and 1964. This was the largest mass mobilization by the Black movement anywhere in the country up to that point.

The past few years, the Black Lives Matter Movement and the broader movement for Black liberation has grown in this country. At this point in time, the people of Chicago are in a prime position to give the movement against police crimes a real substantive direction that can drastically change the power relations between police and oppressed communities.

Chicago has a political crisis that brings to mind Lenin’s foretelling of the day when those in power are unable to rule as they have been ruling. This is driven home by the USA Today poll that showed that 51% of the people in Chicago want the mayor to resign. Other polls have made clear that, had the McDonald murder and cover-up been revealed early this year, Emanuel would not have been re-elected, since he needed the overwhelming majority of the Black vote to get elected.

This sentiment is driven by Black Chicagoans, who have a heightened awareness of the dangers they face from the vicious brutality of the Chicago police. Every murder committed by a racist cop leads to another grieving mother or family member on the news, expressing the same thing. After the Dec. 26 murders, Bettie Jones’ brother said, “None of this needed to happen…and they say there will be an investigation into the shooting? I already know how that will turn out. We all know how that will turn out. When is this going to end?”

Simply put, Rahm Emanuel’s resignation would be a historic victory for the people of Chicago but it isn’t enough. People need the power to decide how police in their community operates. A Civilian Police Accountability Council would give communities in Chicago elected leadership from oppressed communities that would select who the new Chicago police superintendant is. Also, CPAC would have the ability to subpoena and investigate any police crime, with elected CPAC representatives on call 24/7 to investigate police misconduct with the ability to fire corrupt police officers who brutalize Black and oppressed communities.

Recently, we have seen a Texas grand jury bring no indictments in the murder of Sandra Bland, an African American woman arrested months back and found subsequently dead in her jail cell. Just this past weekend, a Cleveland grand jury brought back no indictments in the murder of African American 12-year-old Tamir Rice, a young boy murdered by Cleveland police. Among the Black masses nationally, national oppression continues as state violence and police crimes go unpunished.

Down with Chicago Mayor Rahm Emanuel and Cook County State Attorney Anita Alvarez!
No to Police Crimes!
Onward Towards Community Control of the Police!
Liberation for the African American Nation! 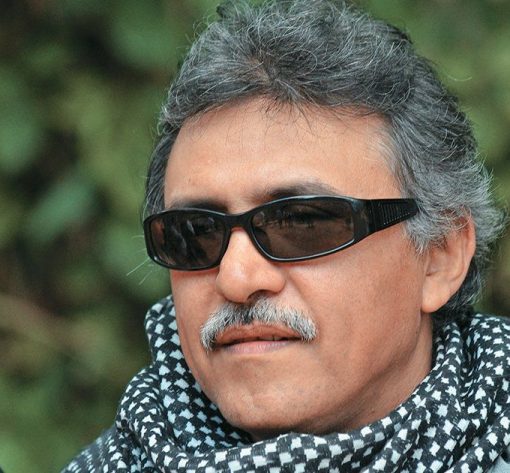