Make The Rich Pay For Their Crisis!

Nearly one third of the world has fallen into economic depression. Asian countries like Korea, once hailed by U.S. policy makers, face a rising tide of unemployment, as everything from steel mills to hospitals close down. The Japanese economy is shrinking as its government casts about for ways to prop up the country’s banks. Now, the crisis is spreading to Latin America.

The Russian people were told that “free markets” and “free enterprise” would bring them the good life. Instead, Russian capitalism is in a state of collapse. Millions of workers are working without pay and more than 10% of the population is unemployed.

Recently, House Banking Chairman Jim Leach recently said that world capitalist system is in the worst shape since the Great Depression of the 1930s.

The growing chaos in the U.S. stock market, layoffs in high technology industries, and government measures to make more money available to the rich, all indicate that the world economic crisis will have a serious impact on the United States.

While we can’t foresee how deep this crisis will go, we can predict how the wealthy who rule this country will react. They will do everything possible to shift the burden of the crisis onto the backs of poor and working people.

Corporate fat cats will respond by layoffs, demanding more work for less pay, and attacks on benefits. Their lobbyists will swarm the halls of government looking for bail outs and corporate welfare. In all likelihood, the state budget crises which hit Minnesota and Illinois a few years ago will reappear.

There is no reason for working and poor people to put up with this. And fortunately, over the past few years there has been an upswing in the people’s struggle. The strikes at U.P.S., General Motors, and Northwest Airlines demonstrate a renewed militancy on the part of the labor movement. The Million Man, Woman, and Youth marches, coupled with events like the founding of the Black Radical Congress, show new vigor in the movements of oppressed nationalities. Fight backs against attacks on welfare and the strong response to U.S. war moves against Iraq show that many people have already decided enough is enough!

The 90s have been one long party for the well-to-do. If their profits are declining – what do we care? Capitalism benefits the people with Capital, the owners of the big banks and corporations – the very rich. Make them pay for their crisis!

Editorial by Freedom Road Socialist Organization | July 1, 2000 “The choice is yours” (Fight Back! News) There are large protests being […] 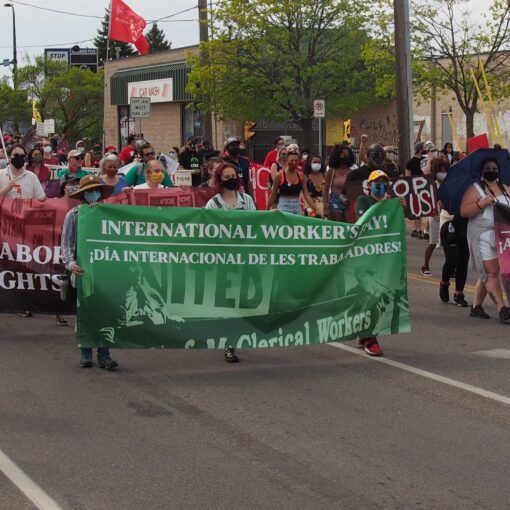 Freedom Road Socialist Organization calls on working people across the U.S. to celebrate International Workers Day in marches and programs. What are […] 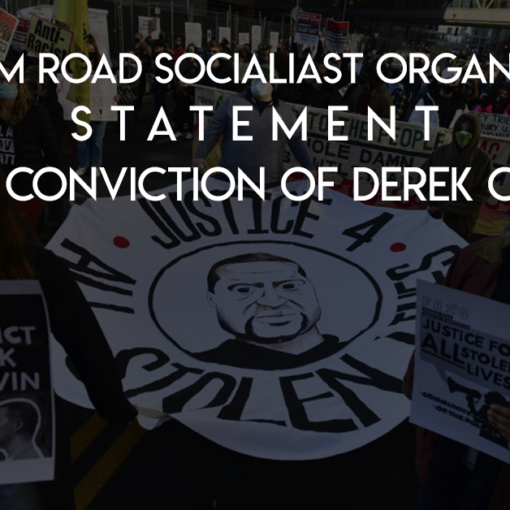