[Note: This document is part of a series relevant to a split undertaken by right opportunists. The other relevant documents are available here.]

Freedom Road Socialist Organization is moving forward. We have put an end to the period of political and organizational crisis which threatened our very survival. Building on our best traditions and practice, we have reaffirmed our commitment to building a revolutionary movement in this country.  As part of this we have reaffirmed that this movement must have Marxism-Leninism as a foundation.

The handful of billionaires who dominate the political and economic life of this country has no right to rule. They have built an empire on the foundations of exploitation, oppression, and inequality.  We will continue to make our best contributions to the struggle to break their power.

We will work to unite all who can be united against our rulers – to build a united front under the leadership of the working class. At the core of this united front is a strategic alliance, between the oppressed nations within the U.S. borders on one hand, and the multi-national working class on the other.  It is the unity of these two powerful forces that will ultimately overturn the exploitative system we live under.

A hallmark of our organization has been, and will continue to be our practical work to build the peoples’ struggles and movements.  We will continue to do so, with the sprit of learning from others, as we teach.

Our organization is not large.  While we have had substantial successes in our work, there is no reason to be arrogant or boastful.  We have always opposed narrow sectarianism, and will continue to do so.

The recent struggle in FRSO called into question both our identity as revolutionaries and our very survival. Under the banner of building a “new socialist party” a right wing section of our organization adopted the standpoint of social-democracy and anti-communism, and insisted that FRSO pursue this strategy.  In an exercise of sectarianism, the rightists said there was no socialist movement that met their criteria of what a revolutionary movement should be (either in the U.S. or internationally) so it was their task to “refound it”.  They said that Marxism-Leninism was a failure, as well as an obstacle to building socialism, and that a “new revolutionary theory” was needed.  They convened a meeting to solidify their strategy to build an organization that corresponds to their thinking over the next 5 years.

All this was contrary to the line, strategy, and plans we adopted at our past Congress which is the highest decision making body of our organization.  It was also contrary to Marxism and democratic centralism. Unfortunately another section of our leadership refused to struggle for the decisions adopted at our past Congress, and instead pledged FRSO support for this left refoundation strategy.  There was a real danger that Freedom Road would cease to be Freedom Road.

The oppressed and exploited peoples of this country do not need a reformist new social-democratic party.  We need a Marxist-Leninist one.  While we were willing to make some space for the tactics advocated by the left refoundationists in FRSO, we would not and do not support a project that elevates social democracy to our main revolutionary strategy.

Fortunately, many have rejected this road to liquidation and disintegration.  Our highest decision making body, the National Executive Committee was almost  evenly divided.  We do not know what those who have left Freedom Road by abandoning our strategy will do next, but we repeat what we have already said.  The train has left the station but we have no intention of dynamiting the tracks behind us.  We welcome discussions with anyone about what has happened and how to move ahead.  This includes our friends in other organizations in the U.S. and other countries.

FRSO realizes that the task of building communist organization is by no means easy or simple. We have much work in front of us. That being said we have every confidence in the future. In one of his poems, the leader of the Chinese revolution, Mao Zedong noted “the world cries out for things to be done.”  We will continue to advance in the ranks of the doers and shakers. We will build on our successes and do all that we can do to build revolutionary Marxist-Leninist organization. The future is bright! 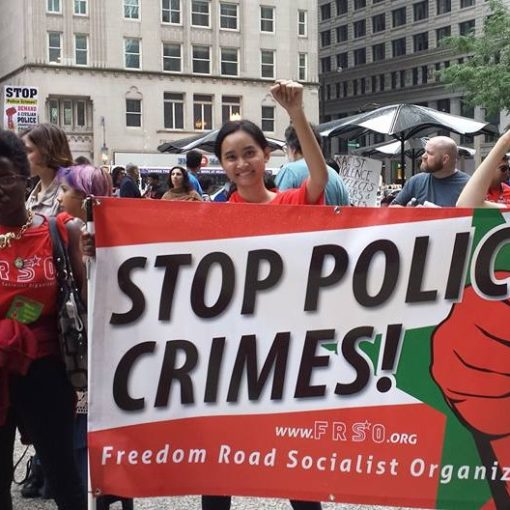 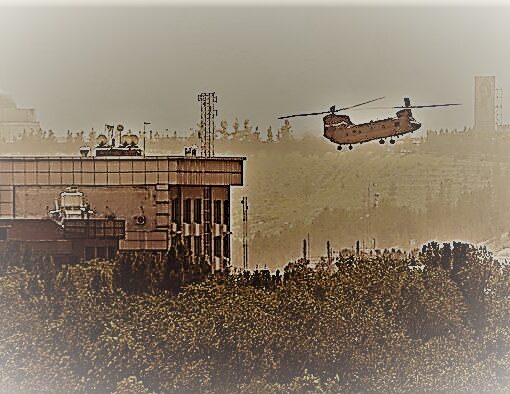