The midterm elections represented a defeat of historic proportions for the Bush administration. They were a referendum on the war against Iraq. The American people voted ‘no.’ The Republican agenda of racism, inequality and reaction met with a setback. This is a moment to savor. It’s payback time for the politicians who left people to die on freeway overpasses in New Orleans and who are responsible for the deaths of hundreds of thousands in Iraq.

Sure, a defeat that was more complete would have been better, as there are plenty more reactionary officeholders who kept their positions in Congress, the statehouses and at the local level. Or, it would be better if corporate interests did not dominate the Democratic Party. And it’s right to make the point that it would be better to have a system where political power is truly in the hands of the working people, as opposed to the wealthy elite who now run this country.

‘Betters’ and ‘ifs’ aside, no amount of spin from Karl Rove or anyone else can cover up the essential fact: A substantial section of the American people have had it up to here with the band of professional liars, war criminals and profiteers for whom corruption and hypocrisy are second nature.

The Republicans have lost the control of the House of Representatives and the Senate. Because of the way congress works this means no legislation will be considered unless the Democrats give an ok. Most states don’t have Republican governors. State legislatures and local government have shifted as well. A tide of anger has created new conditions.

Did big money play a role in this election? Sure it did, big time. But something else played a bigger role in setting the election context – the Iraqi resistance to the U.S. occupation. The men, women and even the kids of Iraq know geography and are well aware that Iraq is not the 51st state. They want to determine their own destiny. So they have decided go to protests and pick up rifles. They want their county back. Iraq has crossed the ‘tipping point.’ The dreams of oil and control of the Middle East proved to be exactly that – dreams. The United States cannot ‘win.’

Observers from left to right agree that Iraq was the key issue. Republican candidates for local offices, who have power over things like roads and parks, reported in the days before the elections that voters were asking them where they stood on the war.

Shortly after the events of 911, Bush proclaimed his ‘war without end.’ An editorial in Fight Back! stated that he was using these events to consolidate and expand what amounts to an empire for corporate profit, and that growing competition from other big powers, along with a dramatic rise in the movements for national liberation in the developing world, meant that force and violence, i.e. military means, would be employed to hang on to or build that empire of the dollar. We also said that the ‘war on terror’ was the leading edge of reaction, used to block progressive change at home and abroad. This is exactly what has happened and the defeat in Iraq is driving that tide of reaction back.

The result is slow motion train wreck in the top levels of government. The failure to undermine social security, leaks and finger pointing and now the resignation of Defense Secretary and war criminal Donald Rumsfeld are manifestations of this. The house of reactionaries and republicans is not a happy house. Contradictions are sharpening and infighting is the order of the day.

And among the American people, there are many who hate, fear or just plain mistrust the Bush administration.

For each and every one of us who is sick and tired of being sick and tired – and want to do something about it – we need to take a hard look at what has changed and what has not. Answering the questions of why did the Republicans get this kick in the pants and how can we give them many more is one issue.

In addition, there is something else that needs to be talked about. What about the big politicians in the Democratic Party? Who do they serve? Are they with working and oppressed people or with the rich and powerful? Sad to say, it’s the later. We cannot depend on them. We need to rely on ourselves.

It is up to us in the workers’ movement, the movements of the oppressed nationalities – African Americans, Chicanos and Latinos, Asian and Arab Americans and Native peoples – along with women, those resisting the oppression of Gay and Lesbians and every other movement that insists on justice, freedom, equality and liberation to be clear on what we want and insist those demands are met. It is in these fights where we can determine who are our friends and who are our opponents.

One stubborn fact we need to confront is that the top Democrats were and are active accomplices in the Iraq war. They must be held accountable. There is only one solution to the occupation of Iraq – the U.S. needs to get out now. Every political force needs to be judged on this criterion.

The political terrain is shifting in a big way. There is now a lot more political space for forces of progress and peace to make our voices heard. The field of debate is widening, and this is a good thing.

Many are hopeful about these changes and expectations are rising for something better. The fact that Washington D.C. is full of politicians who will fail to meet these expectations will create more anger among the American people and, in the case of the anti war movement, the failure of the U.S. to do the right thing and leave Iraq is likely to be a catalyst for the movement to grow and radicalize.

More issues than the war were debated in the midterm elections and issues such as reproductive rights and the right of Lesbians and Gays to marry will continue to be important. It is a hopeful sign that the extreme anti-abortion legislation in South Dakota went down to defeat and that in a country where bigotry against gays and lesbians is institutionalized, measures restricting the right to a legally sanctioned family passed by so little. While the most reactionary forces in this U.S. are by no means marginalized, they are not growing in influence either.

In the coming months there will be a lot of talk about bipartisanship. This is not something progressive people should welcome. If a higher minimum wage goes through congress, it is because the Republicans are trying to look reasonable. If bipartisan immigration reform comes up, look out, because it is likely to be an attack on the rights of the undocumented.

Between now and the presidential elections, we should keep our eyes on the prize. Every issue facing us is going to be debated in a big way. We should say ‘no way’ to half measures that don’t give us the things that the American people and the people of the world deserve and need. We need to seize the time and advance an agenda of peace, equality and justice. 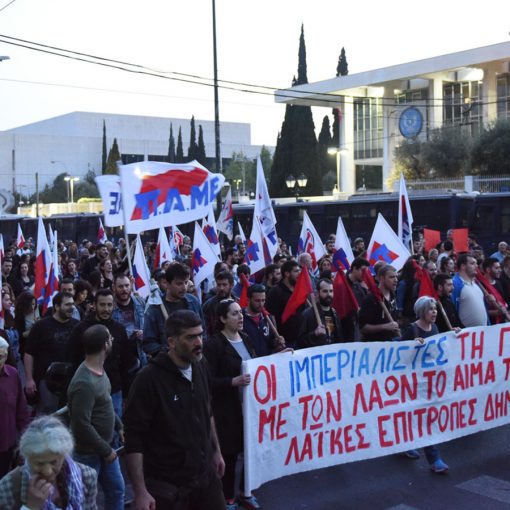 The Marxist-Leninists hold firm to their principles and organize the Memorial Day Meeting at the end of May, 1999, to continue the FRSO Congress Strategy. The FRSO confirms the road of revolution and rejects reformism. The meeting makes many decisions about how to continue with the important tasks of the FRSO given the new situation. The small group of hand wringers of the “Left” New Red Trend capitulate to the side of the splitters–uniting with the reformists.