Three years after the recession officially ended, economic hard times continue. Financial ruin haunts many working people. One in three children live in families where neither parent has full-time year round employment. Outrageously, bankers are still taking bonuses after taxpayer-financed bailouts. The wealthy 1% are living in luxury, while working people struggle to make ends meet, find work, and survive. The U.S. economy is stagnant at best and threatened by the growing economic crisis in Europe. People are frustrated by the economic crisis and rightfully angry with politicians of both parties.

However, there is great hope in the rising struggles of the past ten years. First came the anti-war movement that rose up to oppose Bush’s wars in Iraq and Afghanistan. Then on May Day 2006, the immigrant rights mega-marches made history, with millions of Chicano, Mexicano, Central American and other immigrants marching in the streets of cities across the country. Students who participated in both movements began demanding educational rights on campuses, opposing rising tuition costs and mounting student debt. African-Americans turned out in their greatest numbers ever to vote for and celebrate the election of Barack Obama in 2008, while the nationwide movement against police brutality and police misconduct reached new levels with a campaign demanding justice for Trayvon Martin. Workers in Wisconsin, Ohio and other states rallied to oppose Republican attacks on government workers and labor unions. Inspired by the Arab Spring, the Occupy Wall Street Movement rose up to place the blame for the economic crisis squarely on the richest 1% and demand democratic reforms. Occupy captured the support of the masses until it was driven from the streets by waves of nationally coordinated police repression.

Taken together, these movements – representing diverse sectors and oppressed masses of our country – are threatening to the small class of rich people who dominate the economy and dictate to the politicians. The rich live in fear of the power of the people and are unleashing the police, FBI and courts as political repression grows. We must remain firm in knowing that building on these people’s struggles is the only way to make the fundamental changes that voting never has and never will be able to make.

Parties of the 1% to meet

It is in this context that the Democrats and the Republicans, both parties of the 1%, are holding conventions and nominating their candidates for the Nov. 6 elections. We are calling for people to build the people’s struggles and protest in the streets. If you want peace and justice, if you want a job, healthcare, education and equality, then join us at the Republican National Convention on Monday, August 27, in Tampa, Florida. A few days later more will join the March on the Wall Street South during the Democratic National Convention in Charlotte, North Carolina. Elections come and go, parties change places, but the people’s movements – especially the strategic alliance of the working class movement and the national movements of African-American, Chicanos, and other oppressed nationalities, can bring not just reforms, but radical change that no bought and paid for politician can deliver.

The greater of two evils

President Obama is leading in most polls over Republican Mitt Romney and analysts tend to have Obama winning the election. In the American two-party system, the candidate with the most money is the winner almost all the time and Wall Street is the winner, every time. Obama’s Wall Street appointments like Timothy Geithner, even after the 2008 financial crisis, show this to be true.

However, this doesn’t mean that there is no impact on objective conditions in the people’s struggles and the condition of people’s everyday lives, depending upon who is in the White House. At times, people’s movements are more active when there is a sense that achieving reform is possible. It is a fact that Romney and the Republicans are aggressively reactionary as compared to Obama and the Democrats. Governor Walkers’ Wisconsin or Governor Scott’s Florida are proof of that.

The Republicans are the greater of two evils. They represent the most reactionary and racist section of the capitalist class – the millionaires and billionaires who rule this country. Romney panders to the anti-women, anti-gay and racist base of the Republican Party on social issues. Mitt Romney wants more military spending, more war, and more U.S. occupations, especially in the Middle East. Romney wants to privatize government services or just cut them altogether, to downsize and put more people out of work like he did at Bain Capital.

When McCain went down in flames, a big factor was the youth vote. Those between 18 and 29 who did vote went big for Obama. This now creates a dilemma for President Obama in the 2012 election, because he did not deliver what the youth were promised. While Democratic Party leaders point to the Republican majority blocking Obama initiatives in the House of Representatives, we remember the Democrats had majorities in both the House and the Senate when President Obama took office.

Taking stock, it is clear that while the U.S. occupation of Iraq ended, the war in Afghanistan continues and U.S. attacks on other countries in the Middle East continue to grow. Guantanamo’s torture prison is still open, the National Defense Authorization Act (NDAA) now allows for military detention of U.S. citizens, and immigrants are being deported at a faster rate than under the Bush administration, with no progress in Congress on legalization. Union card check, making it easier for workers to organize into unions was dropped immediately after the election, and the healthcare law mainly benefits health insurance corporations and drug companies, not patients.

Student and youth activists and leaders are angry about the U.S. government’s treatment of Occupy Wall Street and the clearing of the parks and public spaces. This came after the police repression unleashed at the 2008 Republican National Convention, followed by the FBI raids of RNC protest organizers and anti-war activists’ homes on Sept. 24, 2010. The whole movement is angry about the spreading use of violent police tactics to intimidate and physically hurt demonstrators, as we saw at the anti-NATO protest in Chicago this year. More and more, the government’s use of raids, subpoenas and courts to criminalize political activism and label it as ‘terrorism’ is driving activists away from the Democrats and electoral politics.

We know that many activists in unions, the African-American, Chicano and other oppressed nationality movements, and sections of anti-war protesters and immigrant rights activists are likely to continue to vote for the lesser of two evils. However, we think the conditions are right in this electoral cycle to emphasize instead the nature of the two party, one ruling class system and talk about why what we have is not democracy and not good enough. We do think it is still important for progressives to go to the polls to oppose concrete attacks on democratic rights, such as Voter ID and anti-gay amendments. In terms of voting in the presidential election, it is better to vote against Romney, especially in swing states. In other states like California, the Republicans are unlikely to win. In these cases, it would be positive to have a strong third party vote total.

Our main message is that no matter how hopeful we are for change to come through electoral politics, this is not the venue for real change. Citizens United, and its ruling that corporations are free to openly buy the allegiance of politicians, makes more clear what has always been true: those who have the gold, make the rules. During this particular election cycle progressives should emphasize and talk about the problems inherent in the system, while placing demands on politicians from both parties. Our faith and our future are in the people’s struggle, not the ballot box. 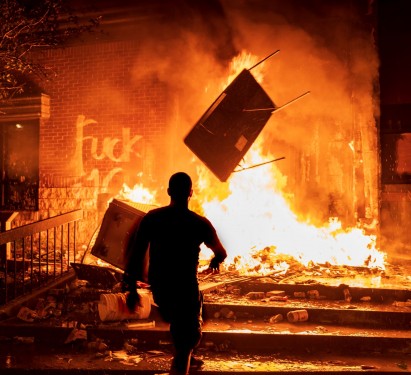 by Freedom Road Socialist Organization | February 1, 2001 George Bush is in the White House. His road to power was paved […]

by Freedom Road Socialist Organization March 8 is International Women’s Day. It is day to celebrate our collective struggle to achieve equality […]