By Fight Back! editors

One year after the current financial crisis began, the situation has gone from bad to worse. What began with the failure of small mortgage lenders has toppled Wall Street investment banks, the largest mortgage company in the world, and a trillion-dollar insurance firm. Depositors are starting to flee banks and money market funds, putting businesses in danger of not being able to get loans. Banks don’t want to lend to each other and the stock market can’t find buyers. The economy continues to get worse month by month. As job losses mount, companies declare bankruptcy, foreclosures rise and consumers cut back on spending.

At each stage of the crisis the U.S. government and central bank have had to take bigger and bigger actions to try to stabilize the crisis. The Federal Reserve has loaned out about $500 billion to banks and other institutions, while the U.S. government has committed another $300 billion in loans. Now the Bush administration is planning to commit up to $700 billion more to buy up bad mortgages to try to aid struggling banks. The Federal Reserve will start to provide loans to businesses in addition to banks. Each of the past ‘rescues’ have failed to stabilize the economy and there is no good reason to think the latest plan will either.

The Bush administration wants to ‘avoid finger pointing’ when all the fingers are pointing at the free-trade and deregulatory policies of the Bush years that contributed to the free-wheeling and fraudulent mortgage mess. Nor can former Federal Reserve chairperson Alan Greenspan escape responsibility for the low interest rates and lack of enforcement that contributed to the housing boom and bust.

But the roots of the crisis go much deeper than just the laissez-faire (free-market) policies of Bush and Greenspan. The economic system of monopoly capitalism itself is the cause of the current crisis. Today giant multinational corporations that can produce more than they can sell dominate the world economy. Even with advertising that invades every corner of our lives and easy credit, these corporations can produce more cars, steel, airplanes etc. than can be sold.

U.S. businesses have been on an anti-union drive for 25years, making it easier to cut wages and benefits. Their lobbying in Congress has led to cuts in welfare, the minimum wage and unemployment benefits, forcing more and more workers to take low-paying jobs. They shamelessly exploit millions of new immigrants, even children, and call the ICE if the immigrant workers try to fight back. Corporations send their work to other countries, eliminating better paying jobs here in the United States. At the same time the workers in Asia and Latin America earn just a fraction of what the jobs were paying in the United States.

While this leads to ever-greater profits for a handful of super-wealthy, it means that the masses of working people cannot afford to buy back what it produced. This is not just a result of greedy CEOs (although there is no lack of them). This is a result of drive for profit that is part and parcel of capitalism. Under a capitalist economic system, production is social, with tens of millions of workers contributing to the production, distribution and sale of goods and services, while the means of production (factories, transport and stores) are privately owned, with the profits flowing to a small capitalist class. This contradiction is at the root of economic crisis under capitalism.

With a lack of investment opportunities in the production of goods and services, profits have flowed into a financial sector that has been growing like a cancer the last 30 years. Today there are more than $600 trillion of financial derivatives such as Mortgage-Backed Securities (MBS), Collateralized Debt Obligations (CDOs) Credit Default Swaps (CDS), etc. whose value is 40 times the entire U.S. economy.

The deregulation of the 1980s and the growth of basically unregulated financial institutions was not just a policy of the Reagan era, but an outgrowth of the need for capital to have new places to invest. Today the pendulum is swinging back, with many billionaires, politicians and mainstream economists abandoning their free-market rhetoric and calling for more regulation and government monies to help shore up the financial system. Billionaires and their armies of lawyers are masters of corporate manipulation and it is beyond a doubt that they will skim hundreds of millions and even billions of dollars off of these government rescue plans – just look at what the military contractors have done for years.

Of course, as socialists, we have no problem in principle with government intervention in the economy. But we have to point out the hypocrisy of the Bush administration, which opposed spending a few billion more for health care for low-income children, opposed extending unemployment insurance for laid off workers and which was not willing to spend one dime on millions of households losing their homes to foreclosures. But when the big banks and insurance companies are in trouble, all of a sudden hundreds of billions of dollars are available.

Another danger is that right-wingers will call for even more cuts in government spending, saying that there is no money. Of course, there is a grain of truth to this, as the Bush administration has cut taxes for the rich and spent almost $700 billion on wars in Iraq and Afghanistan. But this crisis should help expose the Bush-McCain program to privatize Social Security and Medicare and put our retirement and health care in the hands of private insurers like AIG, which only avoided bankruptcy through a government takeover.

This crisis has made it painfully clear how much the U.S. relies on foreign capital to keep the economy running. The government takeover of Fannie Mae and Freddie Mac was in part to calm the fears of other countries, which have lent Fannie and Freddie more than a $1.5 trillion. In the second quarter of 2008 (April through June), foreign investors sold $150 billion of Fannie and Freddie debt, the largest outflow ever. Just before the government takeover, the Secretary of the Treasury was meeting with foreign investors to calm their fears.

In the past, the U.S.-dominated International Monetary Fund and World Bank have inflicted painful austerity plans involving cuts in government spending, privatization of government services and higher interest rates in return for loans to developing economies in financial distress. Some foreign investors may well ask why the U.S. should not have to take the same painful medicine if U.S. businesses need capital now.

In the face of growing cuts at the state and now federal level, our focus needs to be building a grassroots movement that can fight for the people’s needs: to fund our schools, to provide health care for all, to provide jobs for laid-off workers and to stop the wave of foreclosures. The struggle to protect our schools, clinics, jobs and homes needs to unite with peace and justice movements to end the wars in Iraq and Afghanistan and to stop the wave of raids and deportations targeting Latino communities. Only such movement can put the heat on any new administration to meet the people’s needs.

Our slogan needs to be: Make the rich pay! Taxes need to be raised on the rich, starting with making the Social Security payroll tax apply to all income and restoring the top income tax rates on high-income households. We need jobs or income for unemployed workers! We need a universal health care system that will eliminate costly insurance companies and tell the big drug companies to lower their prices – or else. We need an extension on unemployment benefits and the social safety net must be extended.

The crisis has made it even clearer for all to see that both the Republicans and Democrats are parties of big business. Both parties’ leadership and presidential candidates supported the $700 billion bailout for bankers and billionaires. Having said that, the defeat of the Republicans would be a repudiation of their leadership on deregulating the economy into crisis at home and charging into war abroad. But only a massive people’s movement can force Democrats in power to win more reforms that benefit working people and at the same time show more and more people that Democrats are not for real change; only socialism can bring that about. 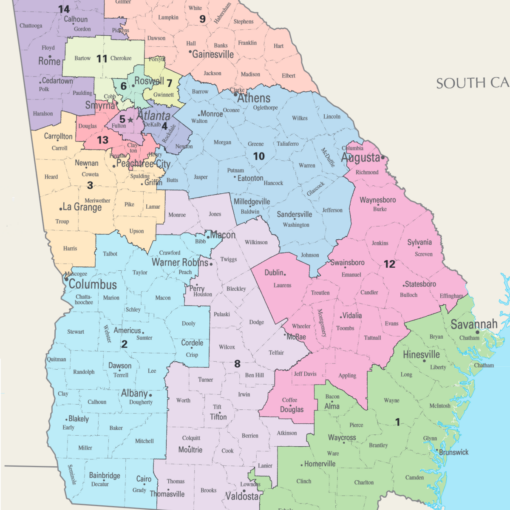 By Joint Nationalities Commission of Freedom Road Socialist Organization On Tuesday, January 5, the people of Georgia made history with their defeat […]