Reprinted from Fight Back! Newspaper (Winter 2004)

The Bush proposal on immigration does not address the real problems of the more than ten million undocumented workers in this country. It is simply a recycled version of past ‘guest worker’ programs which lock immigrant workers into poverty, without providing any real path for toward security, residency and justice.

The Bush proposal reflects the fact that the corporate owners depend on immigrants. As things stand, a substantial section of the working class in this country, particularly those who work in the most difficult sections of service, agriculture and manufacturing, are immigrants, millions of whom do not have legal status.

When big business dreams of their ideal immigration policy, they see well-regulated labor markets, where there is an ample supply of workers, eager to take any job when the economy is booming. They also see workers who can be sent home in times of economic crisis or recession – avoiding the need to pay for programs like unemployment insurance for those who are out of work

Behind immigration, stands an ugly truth: U.S. corporations have used the political and economic power they wield to wreck the economies of many third world countries. As a result, people leave behind their homes and families in search of a better standard of living.

No discussion of immigration to the U.S. can ignore the issue of Mexico, where most undocumented workers come from.

From the theft of northern Mexico right up to NAFTA, the Mexican people have suffered the oppression and exploitation at the hands of the colossus of the North. The wealth concentrated in Wall Street is mirrored by the spread of poverty in urban and rural Mexico. This reality underscores the stupidity and chauvinism that is inherent in the ruling class’s discussions of immigration.

Right-wing commentators and self-serving politicians spew gallons of venom about ‘illegals’ crossing the southern border – as if they were the rightful owners of the Southwest portion of the U.S. Ignored is the fact the area was stolen from Mexico, and the Spanish speaking majority left on this side of the border were forced to endure more than a century and a half of oppression. In that process, a new nationality, Chicanos, came into being. As such, Chicanos have the same rights as any other nationality -including the right of self-determination.

To hear some reactionary politicians, who seem to have a sense of entitlement as big as a house, talking about the southern border (and the Southwest as whole) as if it were their personal property would be laughable, if the entire matter weren’t so deadly serious. Each year, hundreds of men, women and children fleeing poverty – poverty created by the U.S. elites – lose their lives attempting to cross the border. This is a life and death question.

The only just solution to the legal problems faced by undocumented workers is immediate and unconditional amnesty. Immigrants do not need ‘guest worker’ programs or political grandstanding that is aimed at widening the political base of the Republican Party. The undocumented need documents – documents that allow them to stay, work and exercise their rights.

It’s vital that every possible contribution is made to strengthen the movement that insists upon amnesty for the undocumented. At the same time, we need to insist on the defense of democratic rights such as drivers licenses and equal access to social services. By taking this course, a blow is struck at the system of racism, inequality and injustice that is visited upon the oppressed nationalities within the borders of the U.S. – and at the same time we unite all who can be untied against the rich who rule this country.

The destruction of the World Trade Center, and the attack on the Pentagon, is being used to fan anti-Arab racism and a […] 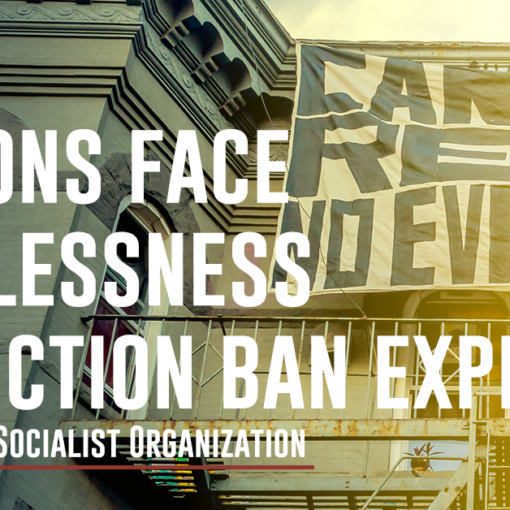