Tens of thousands of demonstrators will flood into Miami, Florida during the week of Nov. 18 to protest the Free Trade of the Americas Agreement (FTAA). Workers, students, environmentalists and young militants – the folks who brought the world the Battle of Seattle – are reviving the anti-imperialist globalization movement. While the Western Hemisphere’s trade ministers (excluding Cuba) meet in corporate bunkers, youth and workers will be outside marching and protesting. While the rich financiers plot the ruin of Latin America, young protesters will be breaking through police lines.

FTAA: Poverty and Misery for the Americas

The FTAA is a plan for poverty, misery, and ruination. The FTAA does to all of Latin America and the Caribbean what the North American Free Trade Agreement (NAFTA) did to Canada, the U.S. and Mexico. In all three countries workers’ standard of living is driven down, wages are lowered and work conditions have deteriorated.

Union workers in Canada and the U.S. have been undercut by NAFTA, while peasants in Mexico have been driven off their land by the ‘competition’ of unfairly subsidized corporate farming in the U.S. These peasants are forced to move to city slums or migrate north to the U.S., where the same corporations take advantage of them. Workers are forced to compete with each other in a race to the bottom, while the rich, mostly in the U.S., stand back and count their profits.

For evidence, look at the maquilladoras that NAFTA created along the Texas-Mexico border. Jobs are moved there and the corporations take no responsibility for the neighborhoods – no streets, no water supply, no electricity, no schools, no local government. In short, chaos and desperation!

The FTAA will do away with trade protections that U.S. big business finds unfavorable to its corporations and financial investments. The FTAA is NAFTA on crack. The FTAA will put into practice a program that undercuts national independence abroad while giving U.S. corporations more power.

Privatization will be the order of the day in Latin America. The FTAA will accelerate the sell-off of profitable state industries, such as the state oil company in Colombia, ECOPETROL, which provides over $2 billion (or 23% )of the Colombian government’s revenue every year.

Pollution control standards at all levels will be trampled over. As with NAFTA, if a government body puts up a fight over pollution issues, then corporations will sue them in court and demand millions. The Canadian government paid a U.S. corporation called Ethyl $13 million in damages, and the company’s legal costs, to settle a $251 million lawsuit over a gas additive called MMT that Canada had banned. Canada also agreed to proclaim that MMT is safe even though Canada’s own health department does not think so.

The rich man’s democracy that exists in the U.S. and all its neo-colonies in Latin America and the Caribbean will be strengthened by a negotiated contract called the FTAA.

When protesters in Miami turn up the heat on the FTAA, they will have a large array of supporters throughout the hemisphere. In Colombia, where the freedom fighters of the FARC (Revolutionary Armed Forces of Colombia) and ELN (National Liberation Army) govern half the country, a recent joint communiqué proclaimed unity in “Pushing forward all the political processes that favor peace with social justice and the pursuit of political alternatives in opposition to Plan Colombia and the FTAA.”

In socialist Cuba, the people are building an alternative political and economic model that contrasts with the hunger and suffering that imperialist globalization forces on its neighbors. In Brazil, over 10 million working-class people have signed petitions against the FTAA, and the Brazilian government is attempting to create a separate market bloc with other Latin American countries.

The government of the Bolivarian revolution in Venezuela has taken a tough stance against the FTAA. Venezuelan President Chavez said, “Signing the FTAA as it is now is like saying ‘Rest in peace for the republic. It is not worth it,’ and ‘We still have a colonial-model economy.’” Chavez told Reuters press, “Venezuela is on the side of the people and we propose a new integration system that is definitely not the FTAA, which, as it has been put forward, is a perverse mechanism that would be a death order for the future of the region.”

Across Latin America and the Caribbean, the workers movements, the peasants and farmers associations, the student movements, the left and nationalist political parties, indigenous peoples and revolutionary guerrilla armies are actively opposing the FTAA.

When young people and workers in the U.S. unite to fight the FTAA in Miami, they will speak and act for millions whose voices will not be featured on CNN or Fox news. Like the Battle of Seattle, where the dreams of the big capitalists went up in smoke, the street heat in Miami may bring a victory for the people throughout the Americas. 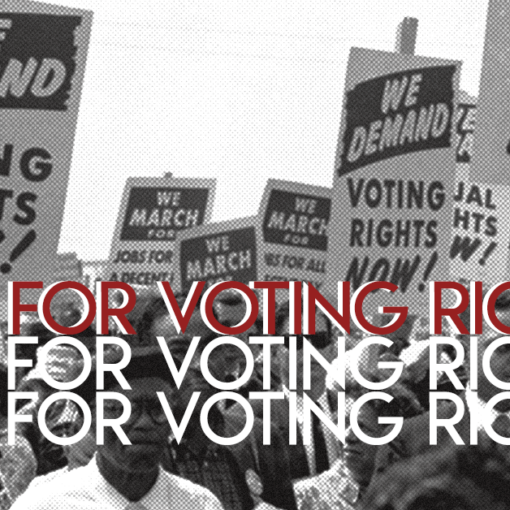 By Freedom Road Socialist Organization President Bush and the U.S. government slapped the Colombian people in the face by imposing a 60-year […]