On Sept. 1, 2008 the Republican Party will hold its national convention at the Xcel Center in Saint Paul, Minnesota. They will be there to nominate John McCain for president, and justify the wars against – and occupations of – Iraq and Afghanistan. The Republicans will gather to celebrate economic policies that have brought riches to the few and foreclosures, homelessness and unemployment to the many. Republican delegates will cheer the anti-immigrant attacks as party leaders try to use racism to cement their reactionary supporters. We can also expect attacks from the podium on women’s rights to control our own bodies and attacks on gay marriage.

The main thing the Republicans will be doing in Saint Paul is building support for John McCain in his bid to continue Bush’s policies of the past eight years. John McCain has said that the U.S. occupation of Iraq could last for 100 years and that he wants to make sure the rich remain as wealthy as possible by keeping tax cuts and the cuts to healthcare and education that go with them. The Republican National Convention (RNC) will try to shore up support and U.S. national chauvinist fervor for the Iraq occupation throughout the convention. Five years of war is more than long enough. The troops need to come home now so that the Iraqi people can take control of and begin to rebuild their own country. The government needs to stop running up trillions in debt that our children and grandchildren will be paying off and that will lead to even more cuts in health care, education and other human needs in the name of a failed strategy to dominate the Middle East.

All of us know what is wrong with the politics and policies of the Republicans. Sept. 1 is the time to change knowing into doing. Bush, Cheney and the lesser-known but equally powerful will be together on location in Saint Paul. The RNC is a prime opportunity to bring our demands directly to the war-makers. Not only will the architects of the occupation be in Saint Paul, 10,000 journalists from around the world will be there as well. This is one of those rare times when the whole world really will be watching and we cannot allow the only message to be shiny happy Republicans dancing on the dead men, women and children of Iraq for their own political gain. We have a right to march against the war and the Republican agenda. The police are seeking impede that right by issuing a permit that makes it difficult for tens of thousands to march on the Xcel Center. Organizers in Minneapolis and Saint Paul need our support between now and September to win the battle for an acceptable permit.

Many people are planning many different activities that will send powerful messages to both the Republicans and the world. The permitted march on Sept. 1, organized by the Coalition to March on the RNC and Stop the War, is a very important event. In the course of the four days of the convention many movements with many tactics will be seeking to challenge the Republican agenda. While there may be differences of emphasis, issues or tactics, organizers are striving for a sense of unity and solidarity. Saint Paul police have already formed a special unit for the purpose of dividing us from each other. We can’t allow them to succeed.

Organizers have come together around a number of important principles. These principles say in part that our solidarity will be based on respect for a diversity of tactics and the plans of other groups. That debates on tactics will stay internal to the movement, avoiding any public or media denunciations of fellow activists and events. Another principle is opposition to state repression of dissent and a refusal to assist law enforcement actions against activists and others. Furthermore, a separation of time or space will be maintained to allow for different kinds of protests to take place. This set of principles is very good and is part of what will allow the largest and strongest demonstrations against the war and occupation.

The Republican Convention will come one week after the Democratic National Convention in Denver. The Denver convention will also see protests against the war. For too long the Democrats have been complicit in carrying out the occupation of Iraq and they should also be held accountable for empty promises to end the war.

U.S. out of Iraq now

Money for human needs, not for war

Say no to the Republican agenda 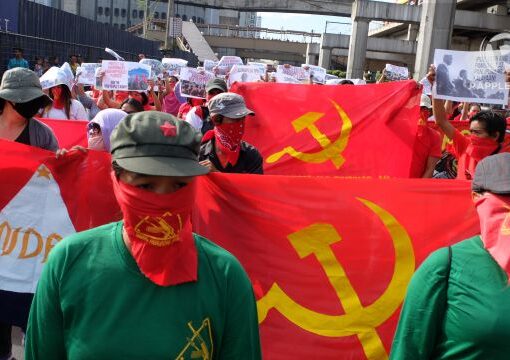 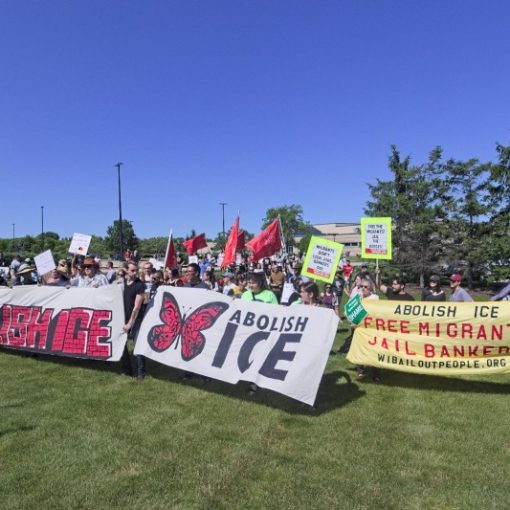