We are saddened by the death of Manuel Marulanda, commander in chief of the Revolutionary Armed Forces of Colombia-People’s Army (FARC-EP). At the same time, we are inspired by the powerful example of his life and work. Marulanda embodied the struggle of the Colombian people for national liberation and socialism. He was both a Colombian patriot and an internationalist – a persistent advocate for a united Latin America free from domination by U.S. imperialism. Marulanda was a Great Liberator, in the tradition of the Simon Bolivar.

Born into a peasant family, Marulanda joined Colombia’s Liberal forces fighting against the Conservatives. He became a guerilla in La Violencia, the civil war following the 1948 assassination of presidential candidate Gaitan, a popular and national democratic leader despised by the U.S. government. This civil war continues to this day, with the U.S. intervening on the side of the Colombian elites. As Marulanda said, “I did not go looking for war, war came looking for me.”

In the late 1950s Marulanda joined forces with Jacobo Arenas, a Marxist fighter and admirer of Che Guevara. They became the important leadership team of the newly founded FARC in 1964. From a small, tightly knit group of revolutionaries, the FARC today is a formidable force that threatens the whole of U.S. imperialism’s plans in Latin America. Marulanda is largely responsible for the revolution’s success.

Marulanda was ideologically firm, a Marxist-Leninist applying the scientific theory of revolution to the conditions of Colombian society. He was a great strategist, like Mao in China or General Giap in Vietnam, understanding the capabilities of his own revolutionary people’s army, the FARC-EP, while anticipating the moves and capabilities of his enemies – U.S. imperialism and the Colombian oligarchy.

Marulanda and the FARC learned from the peasants and working classes, studying and struggling. They remained tactically flexible, moving forward and retreating according to the situation, whether in military conduct or with political initiatives like the Patriotic Union or peace negotiation. Always, Marulanda kept politics in command. In times when other revolutionaries stumbled or faltered, the FARC took strides forward, methodically cutting a path through the layers of confusion and disinformation sowed by the enemies of revolution and socialism.

The last decade of Marulanda’s life was dedicated to defeating Plan Colombia. Plan Colombia is the U.S. Pentagon’s dirty war, bringing death and destruction to the doorsteps of peasants and workers in Colombia. Like the Vietnam War, the U.S. government is waging a large-scale counter-insurgency war. Colombia’s armed forces have more than doubled their size over the past eight years. The Colombian military murders peasants in cold blood, driving millions off their land, villages are destroyed, death squads assassinate trade unionists, and U.S. planes spray chemical agents across wide areas of the countryside to scorch the earth. Funded by U.S. taxpayer at nearly $5 billion, planned by Pentagon generals, and conducted by U.S. military advisors and private contractors, the war is brutal and fierce but rarely reported on by the U.S. media. Still Marulanda was able to organize an orderly retreat by the FARC and they are hitting back at the U.S. intervention, with many small battles every week.

Plan Colombia, like the invasion and occupation of Iraq, is a failure. Lapdogs like President Uribe may announce bigger and greater victories, exaggerating and crowing, but their gains are temporary and futile. The Colombian people, like the Iraqi people, will triumph.

Freedom Road Socialist Organization honors the life and leadership of Manuel Marulanda, commander in chief of the Revolutionary Armed Forces of Colombia – People’s Army. Marulanda, nicknamed, Sure-shot, passed away in the arms of his partner, surrounded by guerrilla fighters. He died from natural causes at the age of 77 after leading the life of a revolutionary warrior since the late 1940s. We are all living things and all that lives must pass on. The ideas and example of Marulanda will continue to live in the minds of all those continuing the fight to end barbarism and win back our humanity. The FARC has chosen from amongst its many capable leaders the veteran fighter and Marxist-Leninist Alfonso Cano.

Long live the sprit of Marulanda!

Victory to the FARC! 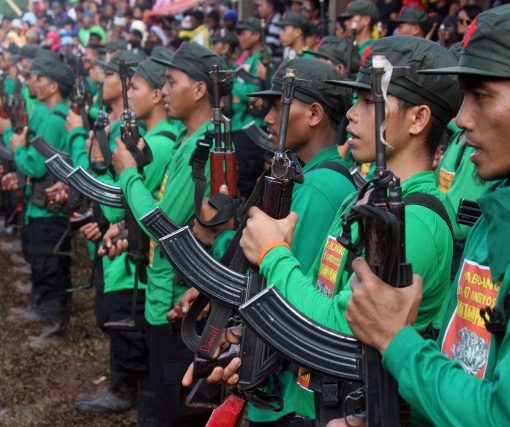 Dear Comrades: On the occasion of the 50th anniversary of the founding of the Communist Party of the Philippines, Freedom Road Socialist […] 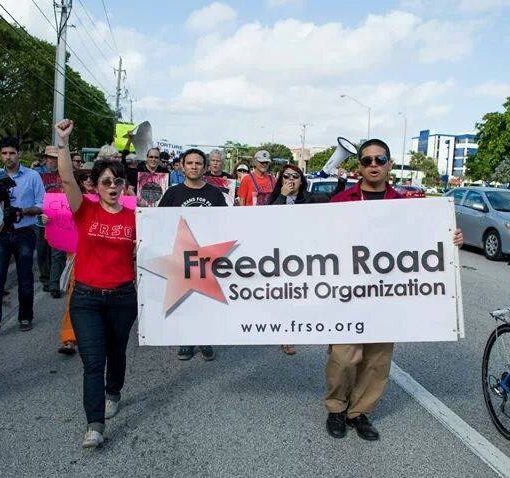 Labor and immigrants vs. billionaires and bigots By Freedom Road Socialist Organization This year, International Workers Day on May 1 is important […]