We face the biggest economic crisis to hit working people since the Great Depression of the 1930s. Millions are out of work and collecting unemployment benefits, people are out looking for jobs, worrying about the day when the politicians stop the checks, and poor people are hitting the welfare time limit with no hope for finding jobs. People across the country are losing their homes after being misled and cheated by lenders and big banks. Outrageously, the U.S. government bailed out the very same banks, while hard working people are tossed out on the streets with their belongings. This is wrong, wrong, wrong.

The economic crisis is not over either. A steady stream of corporate TV and radio jibber-jabber is trying to convince us about “green shoots” and recovering stock markets, but we know the phony economists have no answers for the working class. The economists are paid to justify whatever the rich people say. Their job is to confuse, not to clarify how the system works. Now the spreading economic crisis in Europe is threatening to cause a second slide in the U.S. The Greek masses know how to respond! Take it to the streets! Put the blame where it belongs — on the tiny class of capitalist billionaires and multi-millionaires.

Even with the U.S. banks claiming to be stabilized and Wall Street nervously smiling, the crisis is not over for workers. Workers face more years of economic crisis, even if the banks and wealthy owners are making profits. It is bailouts and recovery for the rich few, and unemployment, underemployment and poverty for the many. Who is hurt the most by the crisis is uneven too. In fact, the economic crisis hits African-Americans and other oppressed peoples harder, because their lives were already harder. African-American men already had unemployment levels at or above 10%. Now there is a nationwide crisis where general unemployment is near 10%. In California it is at 13% and Michigan 15%. The conditions for African-Americans and other oppressed nationalities, especially Mexican immigrants, have become a whole lot worse.

The problem is not just the misbehavior of the bank owners. The problem is the system of boom and bust — capitalism. Crisis is part of the set up, where many people work and produce, while a small number own and profit. Eventually the system catches up with itself and big chunks or sometimes the whole economy collapses. Then the capitalists step on the backs of the people to climb back on top, making us pay for their crisis. It is insane!

Everyone saw what happened at the Republic Windows and Doors battle in Chicago, when union workers occupied their factory to force Bank of America to do the right thing. In Minneapolis and other cities, homeowners are re-occupying their own homes after being evicted. We need to provoke struggles like this, or lend support to ones that arise, and then spread support for them across the country. The class war is on! We should make every effort to help lead it.

We should help to lead and promote the struggles like those at California’s public college and university systems, involving tens of thousands, and uniting students, union workers, and professors. The March 4th, 2010, National Day to Defend Education saw groups like Students for a Democratic Society (SDS) and Movimiento Estudiantil Chicano de Aztlan (MEChA) and others across the country rally and protest. There is strength in unity! A nationwide movement can demand and win big changes.

We need our unions, welfare rights committees, community organizations, student groups, and anyone else willing to struggle, to join the movement and demand fundamental change in this country. We need to lead victorious struggles for the working class and oppressed. We can and will make gains and win some battles!

The Banks Got Bailed Out! We Got Sold Out!
The Struggle Continues! 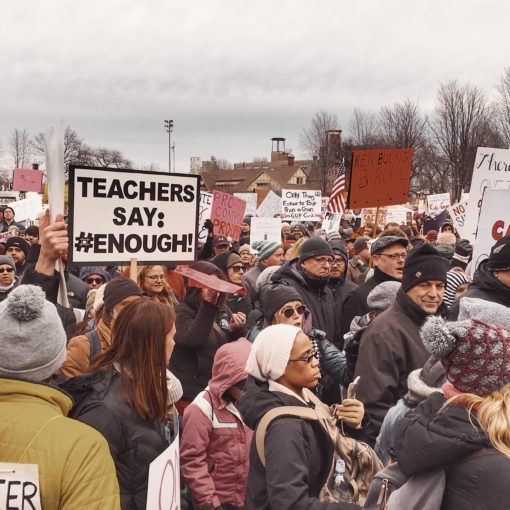 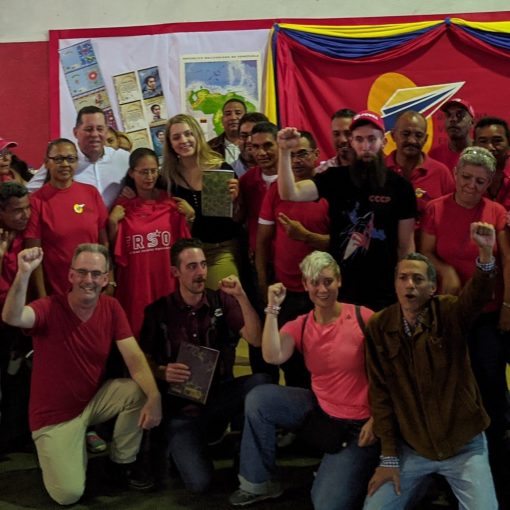 February 27, 2014 It fills us with great sadness to hear of the all too sudden passing of Mayor Chokwe Lumumba of […]