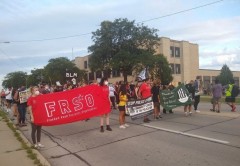 FRSO strongly condemns the acquittal of Kyle Rittenhouse on all charges. This verdict is another example of how the police and courts work hand in hand with racist vigilantes to kill and injure African Americans, other oppressed nationalities, and all who try to fight to end police crimes.

In August of 2020, Jacob Blake, a young African American man, was shot in the back four times and three times in the side in by a white police officer Kenosha, Wisconsin. Coming less than two months after the killing of George Floyd, another uprising took place, with the African American community and supporters battling police.

Into this uprising stepped Kyle Rittenhouse, a 17-year-old from across the state line in Illinois, armed with an AR-15 rifle. He ended up killing two protesters and wounding another.

Despite the outrageousness of his crimes, Rittenhouse was acquitted on all counts of murder, reckless endangerment and illegal possession of a weapon.

The FRSO hails the slain protesters Joseph Rosenbaum and Anthony Huber, who were both local residents protesting the shooting of Jacob Blake. While African Americans and other oppressed nationalities (Native Americans, Chicanos and Latinos, and others) face the brunt of police violence, white Americans who protested racist discrimination have also been killed. We should never forget the beating and murder of white civil rights activists Andrew Goodman and Michael Schwerner, along with local Black activist James Cheney, during the 1964 Freedom Summer by the police and KKK.

No criminal charges were ever made against the white police officer, Rusten Shuskey, who shot Jacob Blake seven times – Shuskey is back on the job at the Kenosha police department without any disciplinary action. What we have is a system that lets the police who shoot African Americans, and the vigilantes who shoot and kill those protesting police violence, to go scot-free. The police and courts are not here to provide justice, they are here to maintain the racist oppression of African Americans and other oppressed nationalities.

The FRSO calls upon all progressive people to protest this injustice!

Statement of Freedom Road Socialist Organization It is with great sorrow that we have learned of the passing of Ali Qased, a […] 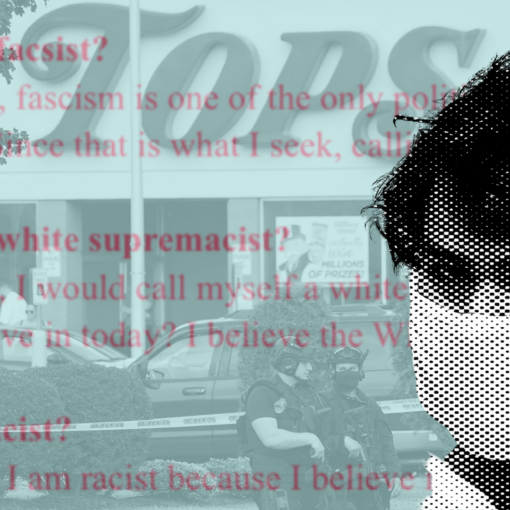 by Freedom Road Socialist Organization | March 1, 2003 March 8 is International Women’s Day. It is a day of struggle across […]