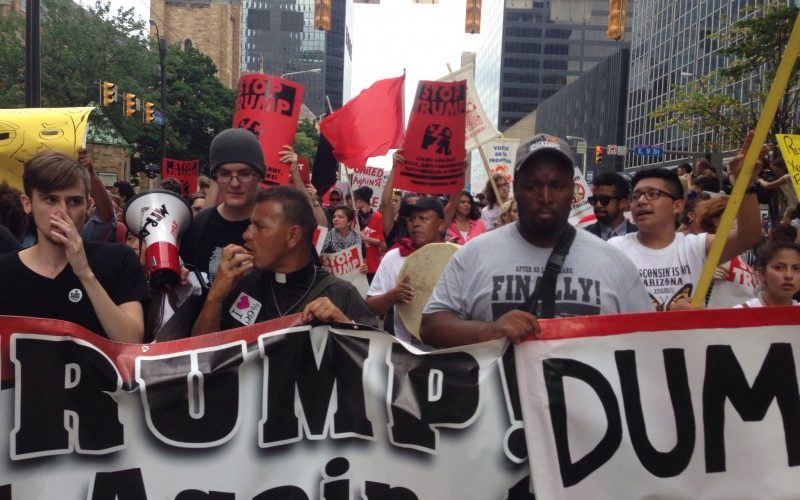 It is a good thing that a decisive majority of voters in the United States rejected Trump in his run for the White House. The massive turnout of youth, African Americans, Chicanos, Latinos, native peoples and other oppressed nationalities was critical in defeating his anti-immigrant, racist, reactionary and misogynist agenda. This defeat provides a more favorable context to fight for and win things people desperately need and for revolutionaries to advance the struggle to end the existing order of things.

We do not have a working crystal ball to predict the future, and Trump has a demonstrated capacity for the irrational, so all sorts of things are possible. That noted, since being beaten at the ballot box, Trump has made many failed efforts to cling to power by negating the vote. He will no doubt make more such efforts, but he is unlikely to succeed.

Most people did not vote for Trump and large sections of the ruling class have deserted him. On top of this, the past six months have seen one of the greatest upsurges struggle in U.S. history after the police murder of George Floyd. From the burning of the 3rd Precinct police station in Minneapolis, to the streets of a thousand cities and towns, a storm of struggle has been unleashed. The people’s struggle has emerged a real factor shaping the country’s political life.

But no matter what, vigilance is needed, and one can expect Trump will make all sorts of attacks on working and oppressed people, and home and abroad, before January 20. To paraphrase the great Chinese revolutionary Mao Zedong, it is the nature of all reactionaries to make trouble and fail and then do it again – that’s what they do until they are swept from the stage of history.

U.S. monopoly capitalism is a failed system that has been in decline since the early 1970s. A deadly combination of economic weakness, the success of national liberation movements and resilience of socialist counties, particularly the Peoples Republic of China, have bedeviled the empire of the dollar.

This process of decline accelerated rapidly over the past four years, with the Trump administration serving an ideal political representative for a sick, moribund system.

Right now, the U.S. is in the midst of the greatest economic crisis since the 1930s and a pandemic that has been made as deadly as it can possibly be by an unholy mix of right-wing politicians and a profit-driven heath care system. Every contradiction in U.S. society is sharpening, along with political polarization.

Joe Biden will sit at the head of the disintegrating U.S. empire, with monopoly capitalism beset by a protracted crisis. The wealthy are shifting the impact of the crisis on to the backs of working and oppressed people, while government at all levels is moving towards austerity measures. In this context, there will be an intensification of national oppression, i.e. more racist inequality and police terror.

We need to stay in the streets. Resistance on a big scale in needed. Capitalism is a doomed system that has created its own gravediggers: the working class. But spontaneity is not going to get us to a future that free of exploitation and oppression; organization in needed to that. Organization that is guided by the science of revolution, Marxism-Leninism.

It’s like Mao stated, “Seize the day! Seize the hour! Seize the time!” Our future is bright.

July 30, 2014 Eric Garner, an African American father of six, was brutally murdered at the hands of the New York City […]