As the U.S. occupation of Iraq enters its fifth year, the Freedom Road Socialist Organization salutes the Iraqi resistance in its heroic struggle to liberate Iraq from imperialism and colonialism. We join with progressive forces around the world in recognizing that the victory of the Iraqi resistance is the only possible path towards a just peace in Iraq.

FRSO condemns the U.S. occupation of Iraq as a crime against humanity. Millions of people are suffering daily under the boot of military dictatorship. Hundreds of thousands have died in the four years of occupation. Millions live as refugees, both in and outside of Iraq. The U.S. has established a sectarian puppet "government," bound hand-and-foot to Washington, and calls it "democracy." FRSO calls on the antiwar movement to refuse any support to this puppet regime and recognize the national resistance as the sole legitimate representative of the Iraqi people.

The U.S. and its domestic collaborators use death squads and orchestrate acts of sectarian violence to divide and weaken the resistance to the occupation. However, the Iraqi people have rejected sectarianism and stand united against the main enemy-the U.S. military occupation of their country.

FRSO firmly supports the right of nations to self-determination – the right of peoples to determine their own social, political, and economic affairs, free from foreign interference. It is the duty of anti-imperialists in oppressor countries to resolutely and actively support the national liberation movements of the oppressed. For this reason, we call on anti-imperialists to support the Iraqi resistance and raise mass political support for their liberation struggle. The immediate, unconditional withdrawal of all U.S. troops and support for Iraqi self-determination and sovereignty must be at the core of the antiwar movement's demands.

The dedication, bravery, and heroism of the Iraqi people and their national resistance are an inspiration to the people of the whole world, and especially to the national liberation movements in Africa, Asia, and Latin America, where revolutionary forces now face more favorable conditions in their struggles against U.S. imperialism. A victory for the Iraqi resistance will be a great victory for oppressed and working people here at home as well. FRSO vows to intensify its work in the antiwar movement and to build a vibrant, militant, and massive opposition to the war on Iraq. Together with the heroic Iraqi resistance, we will continue our efforts to stop U.S. imperialism.

Victory to the Iraqi Resistance!
Down with Imperialism! 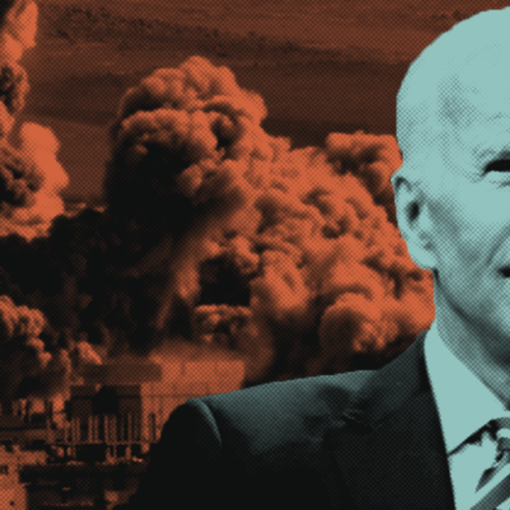 Freedom Road Socialist Organization condemns in the strongest possible terms the February 25 attack launched by the Biden administration on Syria. There […]

By Freedom Road Socialist Organization May 1, 2006 will be a historic day as millions of people, mainly Mexicanos (immigrants from Mexico), […]

July 30, 2014 Eric Garner, an African American father of six, was brutally murdered at the hands of the New York City […]