March 8 is International Women’s Day. It is a day of struggle across the globe, when the battle of women for our own liberation and our contributions to the fight for a better world are put center stage.

International Women’s Day grew out of the struggle of working women in United States. In 1908, women, mainly from the garment industry, came together in New York City’s Rutgers Square to demand a strong union in the needle trades and the right to vote. In 1910, German revolutionary Clara Zetkin, having heard of the powerful protest in New York, proposed that March 8 be celebrated as International Women’s Day worldwide. Today, it is a holiday celebrated by millions of working people.

On March 8, the truth should be restated: the stronger the role of women in the people’s struggle, the stronger our movement as whole. It only stands to reason; women are one half of the population, and anything that limits the participation and leadership of women will weaken our collective efforts.

On March 8 we reaffirm our commitment to build the fight for the demands of working women and women of color, as well as the basic demands of the women’s liberation movement for equal rights, equal pay for comparable work, quality and affordable child care, affirmative action and full reproductive rights. We restate our belief that the women’s liberation movement can only achieve its objectives through the full participation and leadership of working-class women and women of color.

This year’s International Women’s Day comes at a time when war is on the agenda. We recall the words of Clara Zetkin at the outbreak of World War I:

“Who profits from this war?…The manufactures of rifles and cannons, of armor plate and torpedo boats, the shipyard owners and the suppliers of the armed forces’ needs. In the interest of their profits they have fanned hatred among the people, thus contributing to the outbreak of war. This war is beneficial for the capitalists in general. Did not the labor of the dispossessed and the exploited masses accumulate goods that those who created them are not allowed to use? They are too poor to pay for them! Labor’s sweat has created them and labor’s blood is supposed to create new foreign markets to dispose of them. Colonies are supposed to be conquered where the capitalists want to rob the natural resource and exploit the cheapest labor force.”

International Women’s Day, along with May Day – International Worker’s Day – are the two great days of celebration and struggle that were born in the U.S. and have been taken up by working people everywhere. We urge every reader of this paper to participate in the celebrations being held in your city 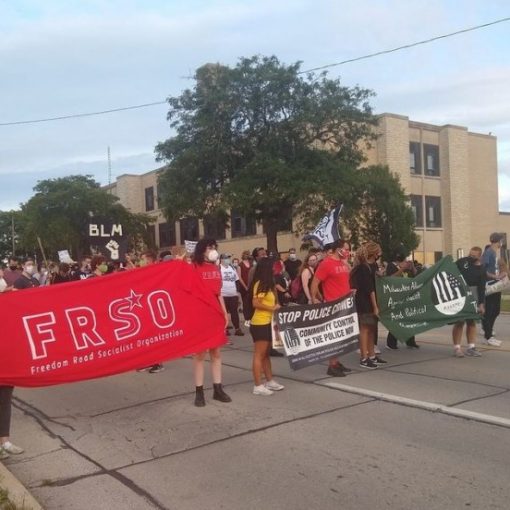 Freedom Road Socialist Organization membership is now over 500 and growing at a good clip. Our website at www.frso.org received 38 requests […]

Commentary by Josh Sykes A new day had dawned in Nepal. After fighting a decade-long people’s war, which led to a coalition […]